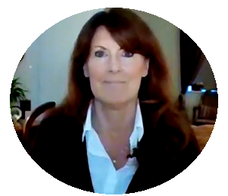 Thanks for visiting. I'm Kate. I have over four decades of experience in the study and research of esoteric wisdom, 'secret' societies (particularly, Freemasonry and Rosicrucianism) and the language of symbolism.

I live in England but have resided in America (Los Angeles) and France (Paris and Fontainebleau). I have also travelled extensively and studied with many different wisdom tradition groups and organisations.

The great eternal truths and principles of life antedate all religions, and in The Secret Work of an Age I share information, passed down from the ancients, usually only imparted to those initiated into the 'colleges' and 'brotherhoods'. This is information which I hope you will find illuminating, thought-provoking and even life-changing.

The great 16th century polymath, Sir Francis Bacon once said: “Truth can never be reached by just listening to the voice of an authority".

​What he advocated was that one must doubt everything before assuming it's truth and 'weigh and consider' matters for ourselves. As you move through this ebook you will certainly be asked to leave to one side certain things you thought you knew about facets of our history. Then, at the end, you can 'weigh and consider'.

The Secret Work of an Age is an educational, enlightening, even paradigm-shifting book. It's also a much-needed one as we navigate these difficult times. It begins by looking at a brief history of Sir Francis Bacon. It explains his connection to the Templars, Rosicrucians and Freemasons, who are sometimes called the Sons of Light, Brethren of the Mystic Tie or simply, The Family.  Then I walk you through the language of symbolism and geometry and its hidden secrets.

Along the way, there's mention of the Egyptians and Mesopotamians and we also delve into the beliefs of Carl Jung (Psychologist) and David Bohm (Theoretical Physicist). There's a primer on observational astronomy (and astrology) and the subjects of precession, obliquity and eccentricity. There are sections on cryptography, ciphers and the other ways information was concealed. By assimilating this you will have enough information to understand what the esoteric Rosicrucian/Freemasonic orders were intending with the founding of a New Republic - America - and how and why knowledge was hidden in plain sight, until, in time, the truth would be revealed. Other books often tell us there is hidden symbolism, but many don't explain why and to what end. There's an entire chapter about the secret symbolism within Washington, DC.

The book ends with the longest chapter, which is information that can only be properly assimilated by those with the 'ears to hear, the eyes to see and the heart to know'.  Once you have the knowledge, you can't 'unknow' it. I'm offering you the keys that will open all the secrets to long-lost wisdom and many misinterpreted mysteries and allegories.

The Secret Work of an Age is delivered in flipbook format (side to side reading, rather than having to scroll down) that can be read on all devices. I have been able to add over 400 clickable links so you can further explore many of the subjects covered. It also contains over 300 images.

Kate
​Reviews are on this page.
Find me @Thesecretwork on Twitter
​
Who's Reading This eBook?
Blue highlights the areas of most readership. Beige shows growing locations 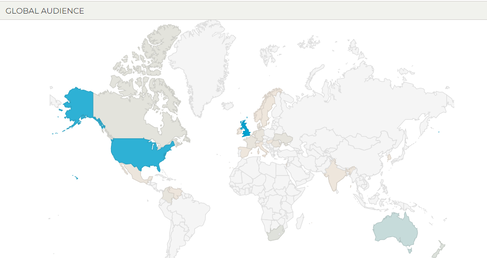